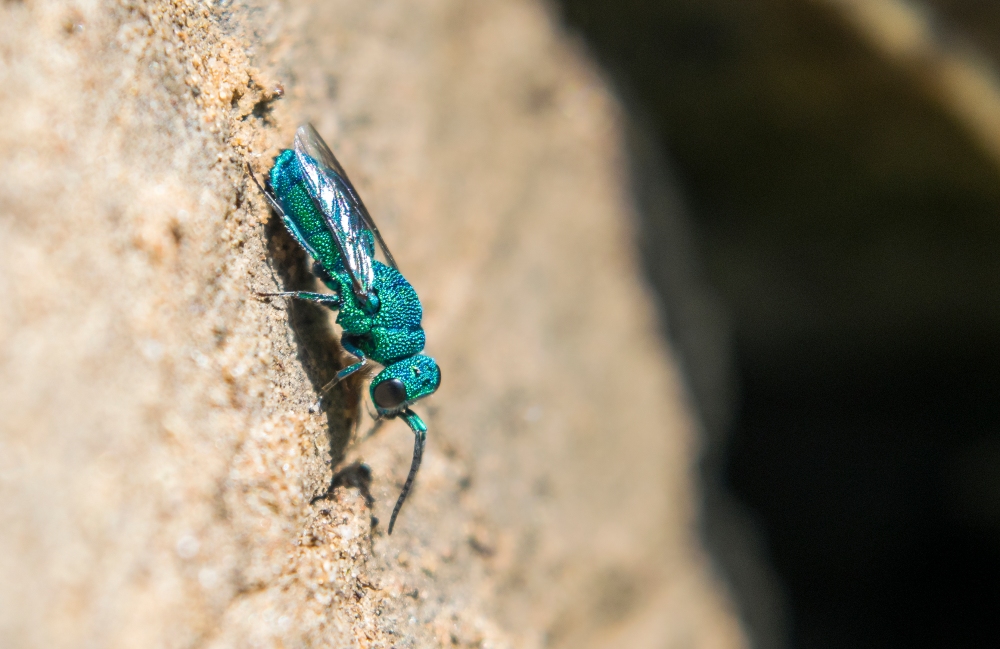 The Cuckoo wasp is one of the more interesting (and beautiful) wasps you’ll find. However, you may not ever see one unless you’re looking for it. Many Cuckoo wasps are less than an in inch in length and some can even be as small as a few millimeters – they’re also extremely fast.

Cuckoo wasps are very different than most of the wasps you’re likely familiar with, like a hornet or red wasp. Most of the wasps you see feed on nectar and other insects. Their nests made of paper, the chambers housing the eggs resembling honeycombs. Cuckoos though, are kleptoparasites. They hunt for other wasp nests, climb inside, and lay their egg on the other’s egg (parasite). The particular wasp nests they hunt are ones that will store a paralyzed insect inside their burrow, then seal it inside for the young to devour once they hatch. Cuckoo larva hatch faster than their prey’s because, once they emerge from the egg, they not only eat the other wasp’s offspring but their stored food as well (klepto [they steal]).

The one seen above has his antenna placed on the stump to feel the vibrations of the wasp in its burrow inside. Once it flies out, she will enter the nest to lay her eggs. She will continue to search for other burrows and do the same until the end of the mating season.